Correction: A previous version of this article incorrectly represented Tremaine Devine’s connection to Louisiana Culinary Institute; he was a student, but not a graduate, as originally printed.

When four friends wanted to open a Nashville-style hot chicken concept in Baton Rouge, they say it made sense to do it in the form of a food truck.

“It was pretty clear that it was going to be kind of hard to find a reasonably priced location,” says Daniel Vu, who along with Sameer Abudyak, Henry Nguyen and Jordan Duong, opened the Chicky Sandos food truck last November.

Real estate prices may have driven their decision, but it was fortified by something else: uncertainty with on-premises dining and entertaining thanks to the coronavirus pandemic.

Diners have been willing to explore more mobile options, the young entrepreneurs say. The current mood has sparked more grassroots food entrepreneurs to try their ideas in a format that can be adjusted on the fly.

Chicky Sandos keeps its menu simple: Just three dishes comprise the lineup. The golden fried chicken sandwiches, chicken tenders and specialty fries can all be customized, though, according to different heat levels and with a signature sweet-tangy sauce.

The partners see the food truck as their entrance into the local restaurant market, and they’re hopeful a brick-and-mortar location will follow soon. In the meantime, they’ll expand brand awareness through their traveling operation.

The newcomers strengthen a modern food truck scene that had already been growing steadily for about a decade.

Mobile food businesses are posting their routes on social media, or are finding new semipermanent spaces to set up, with 2020’s arrival of the Millennial Park shipping container attraction and the forthcoming Urban Traders, a park with leasable shopping and food trailers slated to open soon on Government Street.

Food trucks are joined by other mobile culinary businesses intended to enliven the growing number of outdoor gatherings. Traveling cocktail carts like SIP, A Traveling Tap; and Sweetbay Botanical Company are now rented out for parties, their taps customized with wine, beer, cocktails and alcohol-free beverages for parties, enabling guests to serve themselves.

“It’s a really fun concept because the cart makes a great focal point for the party,” says SIP founder Shauna Allison, who saw the trend a couple of years ago in Austin and Nashville and wanted to bring it to Baton Rouge.

Other mobile experiences include Le Doodle Cotton Candy cart, which is redefining the traditional carnival sweet with gourmet flavors delicately spun and designed.

Meanwhile, Red Stick Picnic Company, a luxury picnic organizer, and Baton Bougie House Party, which designs glamping experiences, are reimagining the backdrops against which people of all ages socialize. They create tailored spaces with elements like boho tents, tables, tapestries and pillows.

New trucks on the block

Handcrafted handpies both savory and sweet, regularly parked outside Le Chien Brewing Company near the Denham Springs Antique Village. Find it on Facebook at @pieeyedhandpies 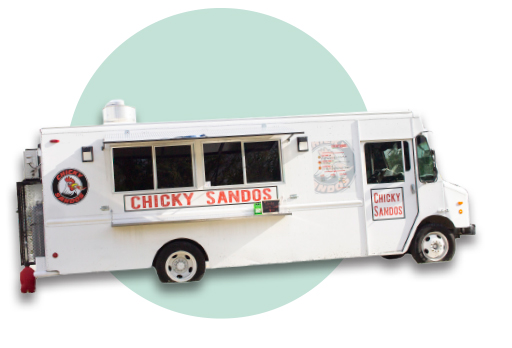 A taste of Nashville hot chicken in sandwiches, tenders and fries. Find it on Instagram at @chickysandos

Taco Tuesday can be every day—or at least every day this truck is parked downtown with its piled-high nachos and beef and chicken taco combos. Find it on Facebook

The Houston-born halal food truck chain serves everything from kabobs and falafel to authentic shawarma from its Coursey Boulevard outpost. Find it on Facebook 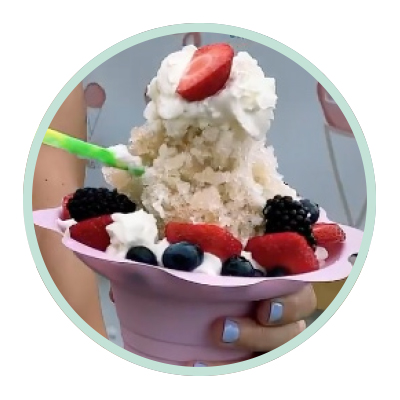 These might just be the most Instagrammable snoballs you ever did see, piled high in scalloped pink cups. Catch its all-organic flavors around Baton Rouge and Denham Springs on hot days. Find it on Instagram at @snojuice

Southern-style fried fish, fried soft-shell crab po-boys and steak and cheese po-boys, served at events and locations all over town. Find it on Instagram at @capitolseafood

Street eats—think steak fries, crawfish nachos, a gyro plate and burgers—served from a sunny yellow truck by chef Tremaine Devine. Find it on Instagram at @tresstreetkitchen

Elote, birria tacos, birria ramen, agua fresca and other Mexican food popping up around Baton Rouge throughout the week. Find it on Instagram at @brguiltypleasuresllc—225 STAFF

This article was originally published in the November 2021 issue of 225 magazine.

Food and drink as a mobile expression