Local women food professionals share their thoughts on the industry – [225]

Beyonce was onto something when she said “girls run the world.” Women are attaining higher roles and making names for themselves in male-dominated professions from careers in STEM to positions in politics—and the local food scene is beginning to reflect that, too. As the number of women in higher ranks at local food businesses increases, so does female representation in the industry at large. Baton Rouge has women-owned coffee shops, bakeries, restaurants, dessert shops, bars and tea shops.

225 wanted to hear from the women themselves, so we sat down with three local leaders in the industry to learn more.

Here’s what they shared. 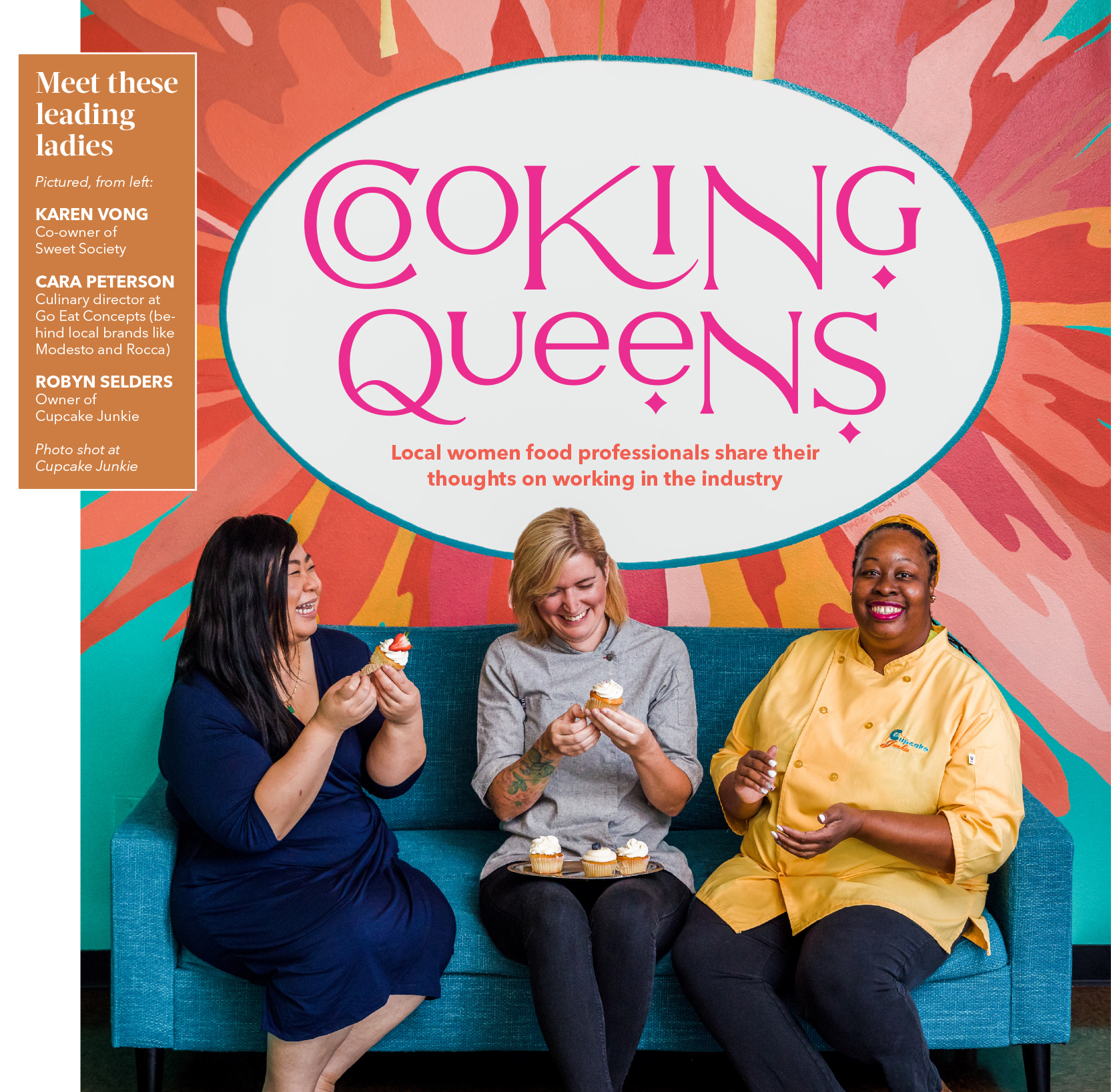 What women role models in the industry did you look up to?

Robyn Selders: I didn’t know anyone personally that was already (running their own concept) or have anyone to talk to for mentorship. I did see that it was possible to be done through (former food truck-turned-cupcake shop) Cupcake Allie. I also remember seeing Jay Ducote on Food Network Star—through seeing him I knew it was possible to be a local person and grow something in food.

Karen Vong: My mom. She had a hard time when she came to the U.S. as a Vietnam refugee. My dad was a chef, and my mom would cook Asian foods sometimes. My mom introduced me to street foods that she ate as a child.

What’s your relationship like with other women in the food industry?

Selders: I have my cake sisters. My best cake sister is Chrissy Jackson from Sugar Alley Pastries. We’re there for each other personally and business-wise. If she needs something, she knows she can come to the store to pick it up. If I have a question, I will ask her. We support each other and give each other kudos.

Vong: I have found a tightknit group of women entrepreneurs, bakers and chefs. They are supportive, they share information and knowledge, and they are not afraid to try something different.

What’s challenging about being a woman in the industry?

Cara Peterson: The delineation of being targeted as “a woman in the industry.” There’s a lot more to us than just being a female. It’s about just being the best.

Selders: It’s a hard industry, period. It’s in addition to everything that we deal with emotionally as women. You’re not only worried about yourself and your family, but also your business. And that business happens to be how you’re able to live personally. My best coping mechanism is to live moment by moment.

Vong: A lot of people underestimate our ability as women. They assume we don’t have what it takes. We’re often painted as being catty or stepping on each other to get to the top, but that’s not true. I want everyone to make it to the top together.

What are the advantages?

Selders: Maybe there are some emotional advantages. I feel like I’m really in tune with my clientele. I really listen and know what they want. I’m really personable. Being able to naturally exude a welcoming spirit that my customers need, enjoy, look forward to and like.

Where do you see the future of the local food industry going?

Peterson: I absolutely hope to see more women in the food industry.

Selders: I think we’re going to have a reemergence of food trucks having more prominence in the city. I pray to be joining the ranks of them (soon).

What advice would you give other women or girls in food?

Vong: Don’t worry about the stigmas. Do your research, work in different fields so you can get the experience. Be open minded. Learn about everything. My mother says always know a little of everything, even if you don’t know everything.

Peterson: The world is your oyster. If you have strong morals, the food industry is just as easy as any other industry to punch into and make your way to the top.

Selders: You were made to live out your destiny. Don’t be afraid if it’s a super physical job or male-dominated industry. People will be grateful for you to become what it is that you’re supposed to be. Don’t be intimidated. Let your gift work for you.

Chief executive roles nationally at restaurants filled by women of color. Meanwhile, they made up only 14% of entry-level positions.

Restaurant employees who are people of color. That’s in contrast to 36% who make up the overall labor force.

This article was originally published in the November 2021 issue of 225 magazine.

Local women food professionals share their thoughts on the industry